Moons of Madness review, the rece-guide for PS4 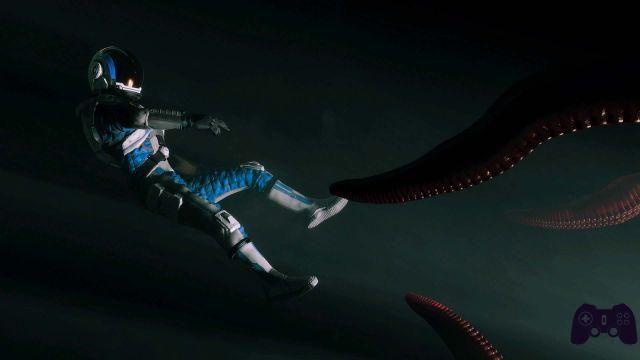 And here we are again with a new and original one rece-guide of the PS4 version di Moons of madness. Let's clarify for a moment the meaning of the word "original". It's not original because we at Holygamerz wrote it, we are madly in love with video games (well, maybe a little bit). The originality is found in the theme covered by the video game and how to experience this connected experience. After the release of the PC version, which took place last year, Funcom e Rock Pocket Games they decide to bring Moons of Madness also on consoles.

The video game takes us on a one-way trip to Mars, the mysterious and fascinating red planet. Space missions are introducing us to the beauties of this planet and Moons of Madness moves in this narrative context. But the faces of Mars are like its two moons, Phobos e Deimos. There is always a side that lies in shadow and darkness. Before leaving you to our rece-guide of the PS4 version of Moons of Madness we give you some advice: do not rush and take the time to play.

Look at reality, contemplating the unreal and the surreal 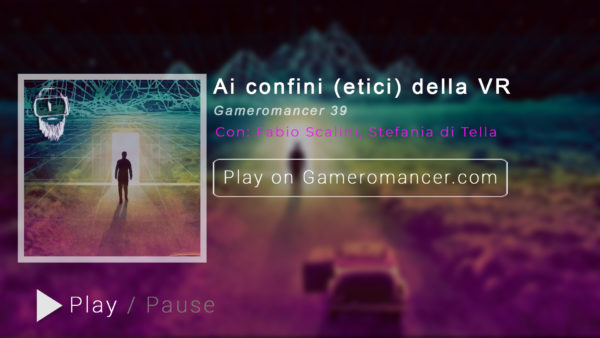 The message startled Orochi's scientists. Their analysts had no doubts and determined it was from intelligent origin. Orochi's management decided not to divulge the news and keep it hidden from public opinion. Away from prying eyes, the company began construction of Invictus, a research outpost on Mars, born with the aim of identifying the true nature of the message.


You will take on the role of Shane Newehart, a technician stationed at the Invictus. Your security clearance does not allow you to know anything about the existence and origin of the mysterious signal. Your job is simply to keep the lights on until the transport ship arrives Cyrano. On board there will be a new team that will take over and allow you to return home.

Unfortunately something goes wrong and gods arise strange and unusual setbacks. The security system crashes, the greenhouse floods, and the infirmary swarms with Martian sand. The situation is on the brink and the mind begins to play tricks. We begin to see and hear things that apparently do not exist. Visions, hallucinations begin to assail you. Distinguishing reality, in madness, will be the key to getting to the truth.

Taken from the Moons of Madness portal

Funcom thus presents Moons of Madness, anticipating what will be the narrative context of the game. Gameplay side it comes to an immersive video game told in the first person. There are puzzles to solve and a lot to read. We concluded the previous section with a tip, “don't rush and take the time to play”. Every single cm of the scenario hides a detail useful in understanding the story or solving a puzzle. If you are looking for the "rushata" please leave the reading of our rece-guide for PS4 of Moons of Madness. 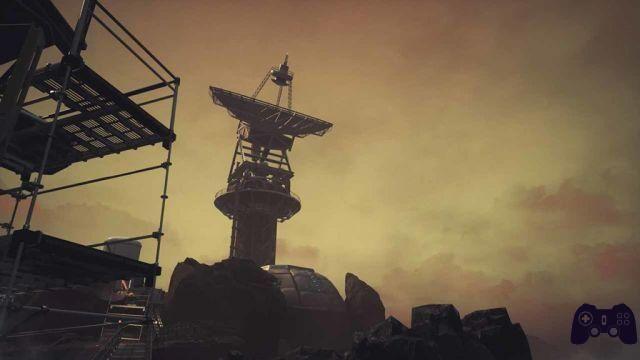 Moons of Madness takes us to Mars, the mysterious and fascinating red planet. 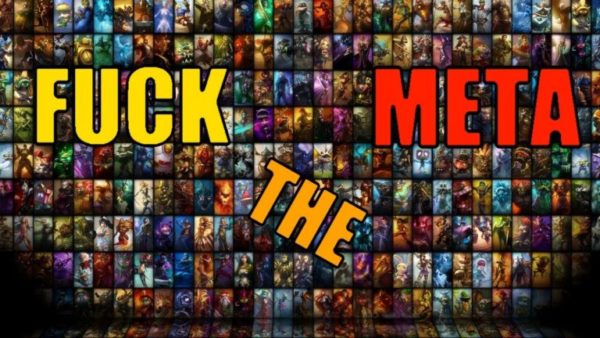 Developers do not need this type of player and you would not appreciate the game in its entirety. The meta is very essential and provides a "look and press" alternating with runs and walks. Honestly, they could put in a little more to spice up the gameplay of the game, such as driving the rover instead of being impaled in the driver's seat. It is interesting to observe the level of interaction provided by the pad, a device capable of synchronize and dialogue with the technology present on the Martian bases. You can adjust satellites, solar panels, irrigation devices, PCs and much more.

Graphically, the game is flawless in every detail. The play of light and colors create atmospheres capable of bringing to life a hypothetical trip to Mars. The chromatic predominance of "Mars red" is attenuated by the shades generated by the wind and dust of the infinite Martian desert. The muffled sounds leave room, without warning, for noises that make the skin crawl.

If you think that developers have been interfacing day and night with aerospace consultants to achieve this level of fidelity, well, you are very wrong. In reality they were inspired by something scientific for the making of Moons of Madness and it is the book of The Case for Mars, written by Robert Zubrin. 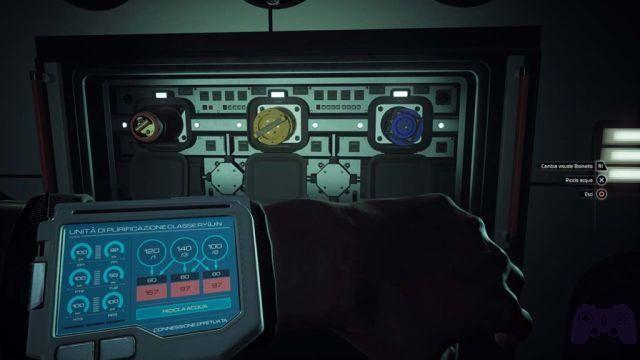 In Moons of Madness we will have to solve puzzles with the help of technology. 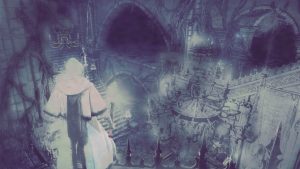 To learn more:
Call Of Ludus: HP Lovecraft's Influence on the Video Game

The rest of the game, as the very first scene makes you understand in no uncertain terms, comes from the world of HP Lovecratft. Abominable creatures who speak a language that only Cthulhu himself knows and black tentacles that roam the space station undisturbed. "Dream or I'm crazy" atmospheres will accompany you for the duration of the game, until you get to the truth, if we can talk about this. After all, if at least once in your life you have approached the crazy world of Lovecraftian imagery, you understand what we are talking about. Placing them in a video game is not easy because it risks creating confusion in the player.

But what if this were the goal, to create a deliberate confusion?

The Moons of Madness gaming experience is conveyed by the atmosphere. Everything you observe, just by moving the view and / or zooming in, generates changes even before "doing". The principle of action / reaction, typical of any self-respecting video game, tends to build an always new reality, able to contemplate both the unreal and the surreal.

Semiotics, between science and madness 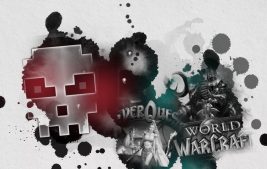 To learn more:
Addiction and madness: the video games that led to death

With the term semiotics we identify that precise discipline capable of study the signs and their meaning in a precise context. You, rightly, will ask yourselves “But what does all this get us right in a video game?”. A legitimate doubt yours, but, returning to our usual speech made in the opening bars of our Moons of Madness PS4 rece-guide, haste leads to looking and not observing the surrounding world.

When you start your gaming adventure, you will live a nightmare full of signs and meanings to be grasped. Obviously, you will not understand anything of what is happening around you, but trust that even the mere sketch on a sheet of paper, a drawing on the wall and the numbers imprinted on a glass have a very specific meaning. You will notice, too, a tattoo on your hand representing two intersecting circles, a recurring symbol and isotype of the video game. 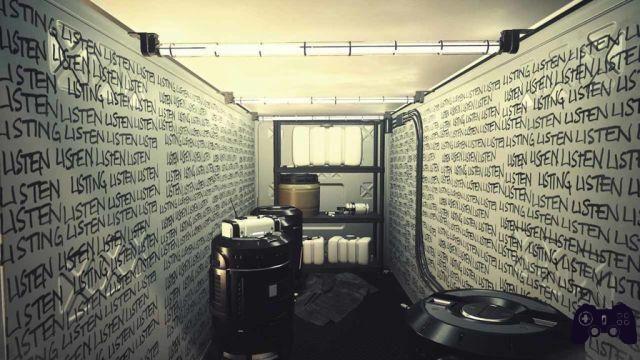 In Moons of Madness there are situations that hide dark and deep meanings.

The meaning of a sign has a precise value if placed in a defined context which, in the present case, travel between science and madness. Beyond the classic meta and gameplay it is right the understanding of this dualism the key to understanding Moons of Madness. What begins with an expedition to the planet Mars, in reality it turns out to be something else. What you thought you knew proves quite the opposite. But the signs are key though observed, understood and used in the right way.

Catch the signs and feel better.

There are no solar eclipses on Mars. Phobos and Deimos are too small. Phobos' total lunar eclipses, however, occur almost every night. These scary brothers don't behave like our moon. Phobos rises in the west, sets in the east and rises again just eleven hours later. Deimos rises more lazily from the east.

Both moons are in synchronous rotation and they always show the same face to Mars. They never look away. They stare at him all the time. Phobos chases Mars. Slowly, its orbit decreases. One day it will crash into the red planet. Some evidence suggests that Mars had many more moons in the past, each of which would have met this fate, to self-destruction.

From a Moons of Madness paper

Someone who understands video games 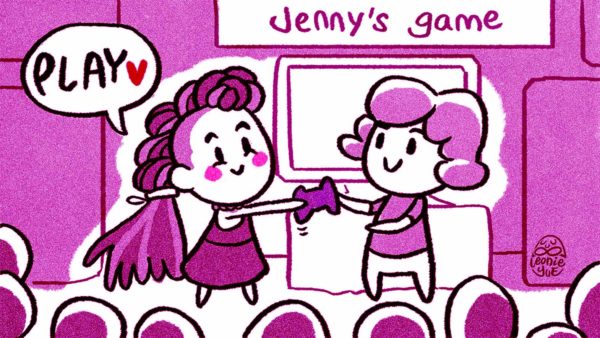 Creating a video game isn't easy, but make one capable of immerse yourself in a unique experience it is a rare commodity. Funcom has succeeded, building an immersive adventure capable of gluing you in front of the screen until the credits, devouring the hours of play. The gameplay could contain some other additional action, useful for variegate the usual "look and press". The story is quite original and is made accessible thanks to the localization in Spanish of the game, not taken for granted nowadays.

The result achieved with Moons of Madness is the fruit of 26 years of experience in the world of video games. These gentlemen started playing games with the Sega Genesis and today they have a staff of 150 people divided into two companies, one in Norway and another in America. The thing, however, that most struck our sensitivity is this sentence published on their site.

We have been making games for over 26 years and have had our ups and downs. We celebrated success and endured failure. We've been on the battlefield and earned our scars. 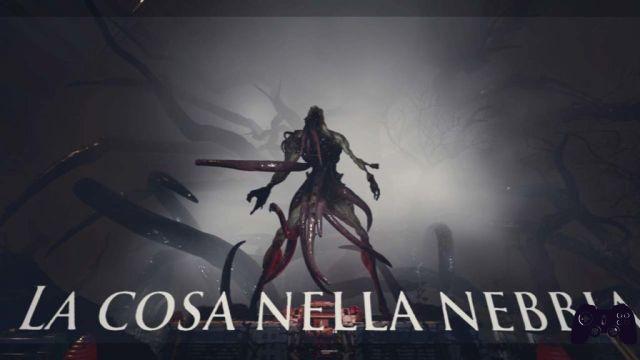 Moons of Madness is heavily influenced by HP Lovecraft novels

It's not about product placement or loose marketing, it's about self-criticism and humility. Creating a video game, we said before, is not a “youtube tutorial” stuff. The variables involved are as many as they are the human values ​​put into play. When a developer firmly believes in what they do, a part of one's passion is imprinted in the game. Although this reasoning may seem a bit metaphysical, think locally and think about the games that most struck your sensitivity, to the point of remembering them well after many years. Go read the story behind the creation of those video games and you will find out a world made of emotions and sacrifices.

Remember that a video game is not just a list of instructions to play, with nice music, nice colors and nice graphics.

The common thread of everything is passion and in Moons of Madness, we, we found it.

Verdict 8.5 / 10 Pure madness Comment Moons of Madndess takes us on a completely new experience to live on the planet Mars. A space mission soon turns into a nightmare with no way out. The boundary between the real and the imaginary gradually becomes more and more subtle. Traveling on these narrative tracks, we too are transported into the video game, in a totally immersive story. Graphics and sounds, masterfully created, are the perfect setting for this new interpretation of the Lovecraftian imaginary. Pros and cons ✓ Graphically flawless
✓ Original atmospheres and scenarios
✓ Guaranteed immersion factor x Undiverse gameplay
x Nice destination but could have been done better
x Very low difficulty level
Do you want to be a video game expert and know all the tricks, guides and reviews for your video games ? Holygamerz.com is a group of video game fanatics who want to inform you about the best tricks, guides and tips. We offer you the best information to be a reference in gaming, so here you can find guides, tricks, secrets and tips so you can enjoy your games to the fullest. Are you ready to get all the achievements of that game that you resist so much? Enter now and enjoy your favorite video game to the fullest!
Shin Megami Tensei IV Review: Apocalypse ❯

Add a comment from Moons of Madness review, the rece-guide for PS4