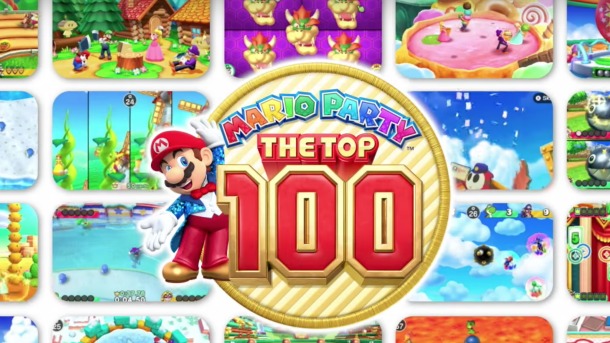 The path of redemption of portable Mario Party continues, waiting for that Mario Party 11 not yet announced.

While Nintendo was rightfully pushing Nintendo Switch during its first year of life, Nintendo 3DS still isn't giving up, and is ready to fire another cartridge tomorrow, December 22, just in time for Christmas. It almost makes you smile as, in the year of the Cinepanettone reassembled by Paolo Ruffini, even Nintendo proposes with a title that collects the best minigames of the Mushroom Kingdom parties, a gallery of memories that start from 1998, and retrace each numbered chapter of the series until 2015.

A museum that would have found a place of luxury on the Nintendo Switch, but which is instead tied to 3DS.

After a disappointing Island Tour, a Star Rush with good ideas will be successful Mario Party The Top 100 to convince us?

Mario Party The Top 100, contains, as already mentioned and predictably given the subtitle, one hundred minigames taken into account by the ten numbered chapters of the series. Retouched and revised to include characters that didn't exist in 1998 (Rosalind) and to have a more modern look than the Nintendo 64 polygons. The graphic rendering of the older minigames is certainly the greatest asset of The Top 100, which immediately tries to make the experience homogeneous in the transition from one challenge to another. To have access to all the games in the collection you will be invited to face the Bowser board, one hundred boxes divided into four worlds, which will allow you to try every single game present. A reasoned thread of about three hours, to give access to the library with only the best of the best.

Because The Top 100 minigames are really the best of the ten Mario Parties, the funniest, the ones based on luck and chance, the ones where you have to crush your opponents or simply the ones where the fastest finger wins. A well thought-out collection with no serious shortcomings, at your fingertips.

Too bad we stop here.

In fact, of classic scoreboards, there is only one, which maintains the mechanics without turns introduced by Star Rush, but which once faced a couple of times is soon set aside in oblivion, while the two decathlon modes are more fun, in which you they can play 5 or 10 games in a row to accumulate more points than their opponents. Few modes of which only one designed for solo players, even less than last year, and above all there is no trace of exclusive minigames.
Sure it was hard to expect unreleased material from a Best Of, but it makes no sense that such a collection is released on a console that is heading (albeit very slowly) towards sunset boulevard. 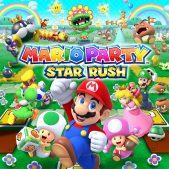 20 years of games and blows

We said, a more than excellent selection of games, taken from the ten main chapters of the series, form varied packages with multiple options: from two against two, to three against one, in a real dip in the avenue of memories. An excellent opportunity also to catch up with the series, although also from this point of view, we will have preferred an edition for the Nintendo Switch that would pave the way for the twenty-year anniversary of the series, which will occur next year. It is possible to set up to three levels of difficulty the AI ​​of the opponents, transforming it completely from the inept to the champions of hammer blow. The fun of Mario Party, however, has never been in just slaughtering the CPU, but in playing with your friends, insulting each other for a lucky shot, or hitting them hard with a hammer to win a sweaty minigame.

Mario Party has been a multiplayer game for nearly twenty years, and even the worst experience on 3DS, it has always helped solo players by being able to emulate the game on three other consoles with a single cartridge, thanks to Download mode. The Top 100 also follows the same path, allowing you to download everything you need to have fun with friends locally on the other console. It is possible to tackle every minigame and mode (except for the main single player) without any lag or slowdown, wisely thinking of sharing the expense with a group of friends in possession of 3DS, as in the past. On the other hand, the online mode is absent once again, which we hope is the great news of that eleventh chapter not yet announced.

Mario Party The Top 100 - New Nintendo 3Ds
On amazon: 39,95 € buy Verdict 7/10 Directed by Paolo Ruffini Comment Mario Party The Top 100, unlike the film editing work we do the verse both in the opening and in our verdict, is a collection of minigames that convinces and which even proposes an unpublished thread, designed to unblock the aforementioned one hundred challenges. Unfortunately, this time the release platform is wrong: although we have appreciated the always never too praised Download Mode, we will have preferred that The Top 100 close the year of Nintendo Switch, paving the way for an eleventh numbered chapter of the series in anticipation of the twenty years. Mario Party The Top 100 is for anyone who plays 3DS at a friend's house, while for the solitaire, there are far more highly recommended offers in the single player library of Nintendo's immortal handheld console. Pros and cons ✓ All the best Mario Party minigames
✓ Download mode
✓ Maintained Star rush mechanics x No Online mode
x One classic scoreboard
x It would have been great for Nintendo Switch

Do you want to be a video game expert and know all the tricks, guides and reviews for your video games ? Holygamerz.com is a group of video game fanatics who want to inform you about the best tricks, guides and tips. We offer you the best information to be a reference in gaming, so here you can find guides, tricks, secrets and tips so you can enjoy your games to the fullest. Are you ready to get all the achievements of that game that you resist so much? Enter now and enjoy your favorite video game to the fullest!
Fairy Fencer F: Advent Dark Force review ❯

Battletoads | Review: beat'em up returns to Xbox and PC

Add a comment from Mario Party Review: The Top 100