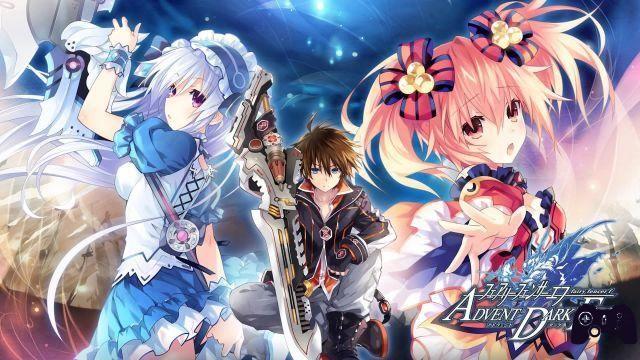 Fresh from three chapters of Hyperdimension Neptunia, in 2013 in Japan Compile Heart decided to take a step forward and develop a completely new title under the label "Galapagos RPG", whose goal was to offer typically Japanese RPGs. The first title was Fairy Fencer F, arrived a year later on PS3 and just last year also on PC. With the arrival of PlayStation 4, the developer decides to give new life to the game, proposing not a simple remaster, but a real one revised and corrected version of the game, and above all expanded. We are talking about Fairy Fencer F: Advent Dark Force.

The eternal struggle between good and evil

The story of Fairy Fencer F: Advent Dark Force starts from a rather classic basis: good versus evil. The game tells of a clash between an evil God and a benevolent Goddess that took place centuries ago. Following the battle, the power of the two deities was sealed, but not that of the Furies, weapons in which divine power resides, which are still found on this world. Those who use them are called Fencer, and the game will put us in the shoes of Fang, become Fencer almost by chance and who will find himself, together with a girl named Tiara, embroiled in the fight between the two divinities. So far nothing new, indeed the story is always the same as the PS3 version, except for some unpublished dialogue. The real changes will only be seen in the middle of the game, where we can undertake three different narrative strands based on some actions performed by the player before this point of no return. The first route will lead to the events already seen in the original game, while the other two are exclusive to Advent Dark Force and will see the inclusion of new characters, even playable.  In each of the three cases, the story is pleasant between gags and twists. Furthermore the two new alternative paths present much more mature tones and with darker implications than the original. 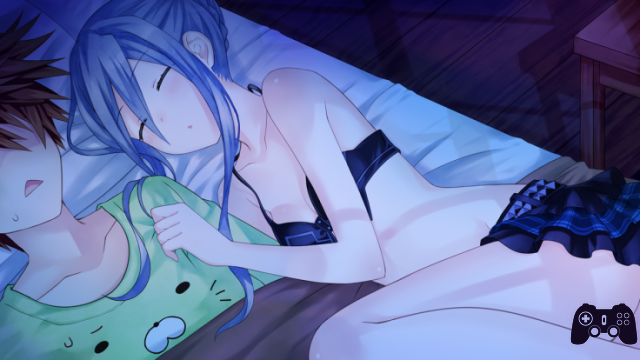 More than history, the most successful part of the game is undoubtedly the gameplay. The way of playing hasn't changed in this new version, but the number of fighters in our party rises from 3 to 6. Having said that, the battle system has remained almost unchanged. Similarly to what is seen in Hyperdimension Neptunia, during his turn, each character will be able to move freely around the battlefield and, once we get close enough to an enemy, we can choose whether to attack it with a physical attack, skill or spell, or we can choose to use support objects or defend ourselves .

As for the actual fights, we will have a svaried set of commands, which over time will become more and more in order to create longer and more devastating combos. If at the beginning of the game we will be able to use a maximum of two attacks in a row, towards the end we will be able to chain even five hits or more. It all lies in the type of attack you want to use thanks to a really deep combo customization. Every single move will be chosen by us, and thanks to the various Fairy Points collected during the clashes, we will always be able to unlock better and more powerful ones, and then create our own personal combos. Fairy Points will also be used to learn new skills, spells and to upgrade weapons.
The customization options for each character are endless, and we can choose how to develop it, without particular obligations: in other words, the player has full freedom to do what he likes best. 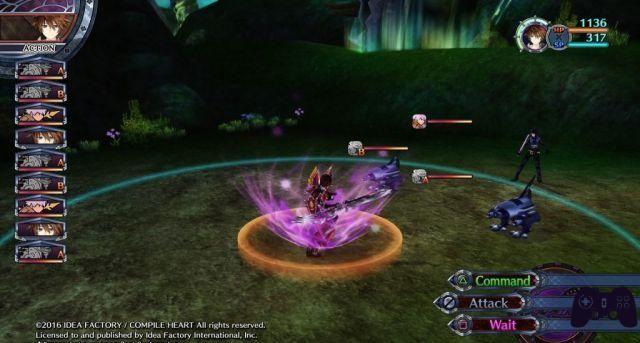 In addition to all the classic skills of the genre, an interesting addition is that of the skill Fairyze, that allows a character to merge with his weapon to transform and earn a boost of all your abilities, as well as the ability to use your own special skill. The transformation will be essential to beat the most difficult bosses, but we must take into account that this does not always last: if the appropriate bar reaches below 40%, it will return to its normal state; using normal skills and, above all, taking damage will decrease the value of the bar. Also, the use of the special skill consumes about 60%, so once used we will return to normal regardless. In short, during this phase every move must be calculated with extreme care to avoid being defenseless against enemies. 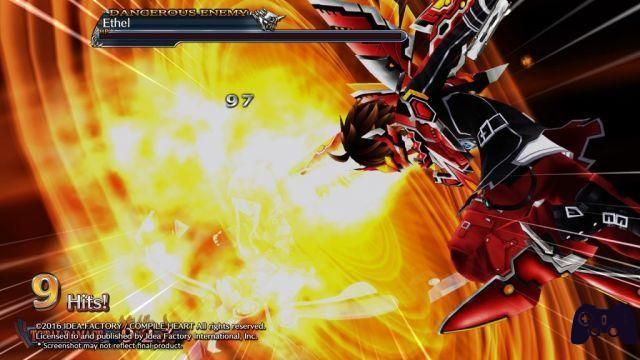 The everyday life of a Fencer

In addition to the main story, as in any self-respecting RPG even here we will have lots of side quests, ranging from citizens' requests for help, hunting for particular monsters to collecting items. Unfortunately the quests are monotonous and tire quickly.
In addition to these, in the game there is a section where we will have to remove the seals from the two deities, which must be removed using the Furies in particular, which can be obtained during the fights. Removing the seals involves clashing with enemies more powerful than normal, but, if we manage to win, we can apply them in the dungeons to obtain various benefits, such as extra money, more experience points or Fairy Points and so on. However we will not only have bonuses, but also malus, such as doubled enemy damage or lower defense. Furthermore this feature will affect the game's endings, which did not happen in the original title.

Technically, Fairy Fencer F: Advent Dark Force doesn't make you scream miracle. The developers haven't put too much effort into this new version and it shows: The graphics are pretty much the same seen on PS3, just a little more defined. Both the environments and the characters are rendered quite well, either by cel shading or by Tsunako's design, always beautiful to look at and able to be appreciated. The only noteworthy new features are larger and more varied dungeons and the Stable 60fps. Even the audio part is not new, with the soundtrack that is practically the same as the original title. All in all, however, there is a certain step forward in general, also thanks to the greater power of PS4 and considering that it is only an updated version of an old gen title, the result is definitely acceptable.

Verdict 8/10 Good versus evil, beautiful girls and a protagonist obsessed with food. Comment Fairy Fencer F finds new life on PlayStation 4 with Advent Dark Force. The novelties compared to the original game are there and are seen above all in the two new alternative stories, but the feeling of already seen remains however. This does not take away the fact that Fairy Fencer F: Advent Dark Force is an excellent JRPG able to give hours of good fun that will fully satisfy all fans of the genre, whether they are Compile Heart fans or not. Pros and cons ✓ Much more content than the original
✓ Extremely long-lived
✓ 60fps x Graphically it is oldgen
x Repetitive quests
Do you want to be a video game expert and know all the tricks, guides and reviews for your video games ? Holygamerz.com is a group of video game fanatics who want to inform you about the best tricks, guides and tips. We offer you the best information to be a reference in gaming, so here you can find guides, tricks, secrets and tips so you can enjoy your games to the fullest. Are you ready to get all the achievements of that game that you resist so much? Enter now and enjoy your favorite video game to the fullest!
Special E-Third Party: what we expect from cross-platform titles ❯

The Witch and the Hundred Knight 2 review