Dishonored Review: Death of the Outsider 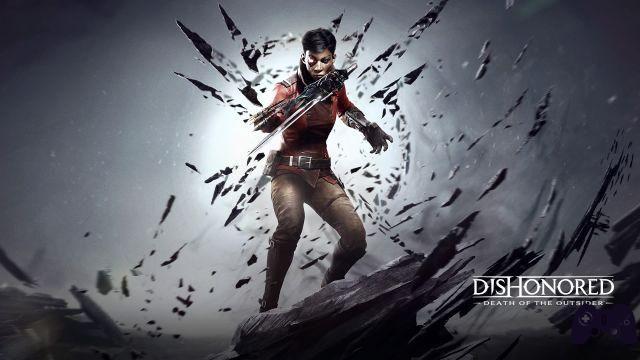 When killing an Empress isn't enough for you, you can always aim for a deity

Last September 15th, Bethesda has finally released the expected stand-alone expansion of Dishonored 2, The Death of the Outsider - which, as it is easy to guess from the title itself, will put us to grips with the most ambitious task ever faced so far in the Dishonored series: a direct confrontation with the Outsider, the dark deity of Oblivion.

Over the past ten days, critics and users have praised The Death of the Outsider without too many ceremonies, calling him lightly a worthy heir to that excellent work that was already Dishonored 2. We, today, are here to tell you why they were right.

The Death of the Outsider is now available on PlayStation 4, Xbox One e Steam priced at around € 29,99, and can be played even if you don't own the original game.

The Death of the Outsider

Remember Meagan Foster, silent and mysterious captain of the Dreadful Whale in Dishonored 2? For those unfamiliar with her, it was she who helped Corvo / Emily Kaldwin in the main adventure, accompanying our protagonists on the journey that would take them to face the Usurper in person. At the beginning of The Death of the Outsider, it seems that some time has already passed since the final of the base game: Emily has been in office for a long time and has already acted to bring peace and prosperity to the kingdom, while Meagan Foster herself has now summed up her original name, returning to be called Billie Lurk. Tormented by nightmares, Billie decides to close the deal with the past seeking redemption for her life of sins in Karnaca, where her old and loving mentor is said to have hidden.

DaudHowever, he is now old and less and less powerful, consumed by the Oblivion that so many powers have conferred on him in the course of his life. His last wishes are clear: the Outsider, source of so much power and so much pain, must die once and for all. It will be Billie, in search of redemption, to help him complete the task, exploring a world in which the inhabitants of the Empire are already starting to lose contact with the Oblivion and with its merciless divinity. 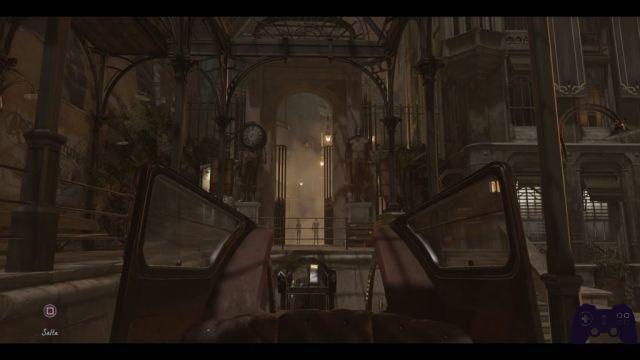 The woman with a thousand faces

Billie will have new powers available, unreleased to the Dishonored series

Billie, however, will be contacted by none other than the Outsider himself, who will corrupt her appearance with the power of Oblivion and give her some entirely new powers to the saga. Next to dislocation, a variant of the already known and very useful "Translation" of the original series, we will find Similarity e Foresight, two powers that will dramatically expand the player's possibilities within the game world. In the first case, Billie will be able to literally "steal the face" of any non-player character - guard or civilian - in order to turn undisturbed with a new face within the most hostile areas. This technique will be essential to overcome the hottest areas without being seen, even if it cannot fool all our opponents in the same way. To "scan" an area well in advance, however, Billie will also have "Foresight", which will allow her to stop time and wander around in the form of a "spirit", marking enemies and objects useful for planning her actions.


Having chosen to run a perfect run from the start ("Shadow" + "Ghost", ie without kills or alerts from enemies), the continuous and studied use of powers has proved fundamental to achieving success, and there have been not a few cases in which Similarity has become one of the most useful resources in the entire series.

Similarity is one of the most fascinating powers in the entire series, and has required a proper balancing of the game world

With such useful and extraordinary power, of course, one would think that wandering the areas has become overly simple; however, we know very well that Arkane Studios he knows his stuff, and each area has been expertly balanced to counterbalance the excessive use of Similarity. The number of guards and enemies has increased dramatically compared to the other Dishonored chapters, and only rarely have we happened to "get stuck" inside a room surrounded by enemies - from which, in any case, we were able to escape using a little healthy cunning.

Death of the Outsider boasts a very interesting side quest system

Another very interesting feature is given by the system of contracts, which adds an incredible amount of fun and color to the entire game world: by visiting the Black Market, Billie will be able to accept a series of contracts from different anonymous characters, contracts that they will make - on balance - from "Side Missions". And this is where one of the strokes of genius of the entire expansion comes: rather than pushing us to travel back and forth throughout the level, it will be sufficient to complete the tasks required by the contract to receive, then, the cash reward in the summary screen of the mission . Not only: contracts have a kind of "soul" in their being various, a glimmer of humanity that hides behind a white dog to be cremated out of pity, behind an evil bartender to be kidnapped or behind others you find just as interesting and beautifully presented to the player. And, as if that weren't enough, every contract must be resolved using the brain: you have to figure out how to make the death of a mime look like an accident, or decipher the code of a safe using ingenuity and cunning. It is not a simple "Reach the place, kill / steal, reach the end of the mission": it is something more, something much more intense and reasoned. 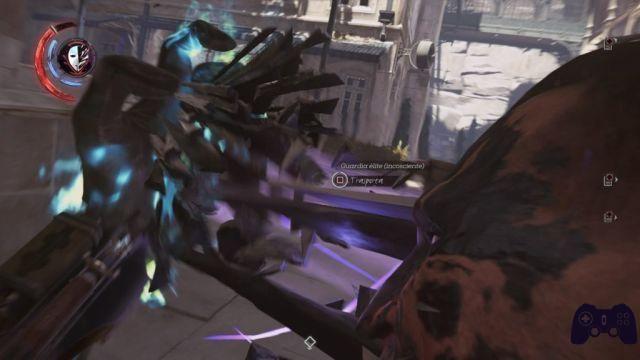 Death of the Outsider is a pure Dishonored

As usual, each mission can be faced with totally different approaches, but there is a difference compared to the other chapters of the series: rather than giving us a "target" to kill or neutralize, The Death of the Outsider it pushes us in most cases to infiltrate certain structures, search for information or steal objects, giving a bit of variety compared to the classic "headhunter" formula already validated in the main series. All in order to find the way to discover the vulnerabilities of the Outsider, access the Oblivion and deal with it once and for all.

It would be almost superfluous to explain how the technical side is, as always, flawless: removed some low resolution textures (which are still there to compensate for the enormous amount of information charged to the console, of course), the whole of Karnaca is wonderful from see, and even uploads have been made faster than in the base game. Soundtrack, sound-design and art sector are breathtaking, while the artificial intelligence of the enemies still remains a bit basic - but considering that this is a Dishonored 2 derivative, that was also to be expected.

Needless to say what everyone, at this point, will already suspect: Dishonored: Death of the Outsider is a wonderful experience, a beautiful gift from Arkane Studios that gives us another 7 hours (about; depending on the run) of adventures in a steampunk, gothic and at times scary world, which all lovers of the series should necessarily face. And, while the actual freedom of the player is slightly limited at the end (when a more "guided" and "corridor" exploration formula takes hold), the rest is simply too well done to ignore.

And then, in the New Game Plus, you can even go back to the adventure with the powers of the base game, adding more hours of fun to it all. Do you really need other reasons to recommend it?

Verdict 9/10 Let me show you why they call me "The Outsider" ... Comment Dishonored 2 had amazed us in so many positive ways, and it was almost certain that the same would happen with this DLC. With a few, simple touches of style, "Death of the Outsider" manages to guarantee a varied, fun and satisfying gaming experience, immersed in a world we have already come to love in the main series. A worthy heir of his parent, then? Absolutely yes, and with such interesting plot implications that we can only hope for a hypothetical third chapter of the series; a chapter that, at this point, we can't wait to be able to live with our senses as a player. Pros and cons ✓ Full and fascinating contract system
✓ Excellent technical and artistic sector
✓ Varied and renewed gameplay
✓ Interesting plot x Artificial Intelligence still naive
x A little limited freedom towards the end
Do you want to be a video game expert and know all the tricks, guides and reviews for your video games ? Holygamerz.com is a group of video game fanatics who want to inform you about the best tricks, guides and tips. We offer you the best information to be a reference in gaming, so here you can find guides, tricks, secrets and tips so you can enjoy your games to the fullest. Are you ready to get all the achievements of that game that you resist so much? Enter now and enjoy your favorite video game to the fullest!
Wolfenstein II: The New Colossus review ❯

WWE 2K Battlegrounds | Review, the redemption after the disaster?

Add a comment from Dishonored Review: Death of the Outsider