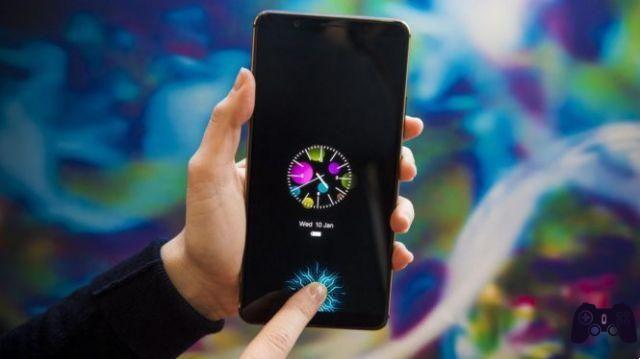 Are in-display optical fingerprint readers safe? The race to produce the smartphone with the highest screen-to-surface ratio has been an incredible leap forward for many of the technologies included in smartphones, including various biometric unlocking systems. The new ones fingerprint readers integrated into the screens they are very beautiful and attractive, but are they equally safe? Google seems to want to find out.


From the classic fingerprint reader to the reader under the screen

It has been several years since the fingerprint reader appeared on our smartphones. Often placed in front, sometimes in the back or even to the side (thanks, Sony), it has quickly gained a great deal of success with users. The reason is simple: its use is simple and it is an effective and safe method to unlock the smartphone.

In 2018, this feature underwent a small revolution. One of the main reasons is the design of the new devices. Our smartphone displays are getting bigger and manufacturers want to find a way to save space. Therefore, many manufacturers choose to remove the start buttons that typically house the fingerprint reader to implement the reader under the screen. According to IHS Markit, the integrated fingerprint reader will be the new trend of 2022, which is estimated to sell more than 100 million smartphones.

How does the fingerprint reader work under the screen?


Porsche Design Mate RS is equipped with an AMOLED screen, the technology that seems most suitable for this type of functionality. Specifically, the sensor recognizes the presence of a finger positioned in the appropriate area and indicated on the screen, this area is illuminated in blue, the sensor records an image of the finger and compares it with the one stored in the device. If recognized, the smartphone will be unlocked. In the event of an error, a vibration is heard and the phone prompts you to try the test again (max 5 attempts).

The fingerprint readers integrated into the screens are undoubtedly one of the fashions of the moment. Manufacturers far from our markets have been experimenting with this technology for several decades, while in Europe we are starting to discover this innovation thanks to manufacturers such as OnePlus, Vivo and OPPO.

These fingerprint readers are better than the first models on the market, but they all have one thing in common: they are based on optical technology.


It appears that Google has some doubts about the security of this biometric unlocking method and is investigating the problem. He must decide whether or not to allow the use of these sensors with applications that require greater security (home banking, smartphone payments, etc ...).

If Google believes these sensors are unsafe, and could block the so-called "TrustZone“, Which would prevent the use of this authentication system and force users to use the old PIN within applications.


If these assumptions turn out to be true, we could say goodbye to many smartphones with fingerprint readers integrated into the screen, manufacturers would have to resort to other types of technologies, such as 3D face scanners, which would undoubtedly slow down the diffusion of the feature in the future.


However, there is another alternative: i ultrasonic fingerprint readers.

These sensors are more accurate and are certainly better in terms of safety, but they are also more expensive.

The largest manufacturer in the market at the moment is Qualcomm. It's no wonder that one of the biggest customers of this technology is Samsung, which intends to use it on its new flagship, the Galaxy S10, which will undoubtedly be anything but cheap.

However, Samsung isn't the first to use Qualcomm's ultrasonic sensors.

The first smartphone to use this technology was the Huawei Mate 20 RS Porsche Design and I must admit that I was not surprised by the recognition speed, which is slightly lower than that of classic fingerprint readers. We hope the Galaxy S10 series uses improved technology…

Best Baby Video Monitors That Stream To Your Phone (2018) ❯

add a comment of Are optical fingerprint readers safe?